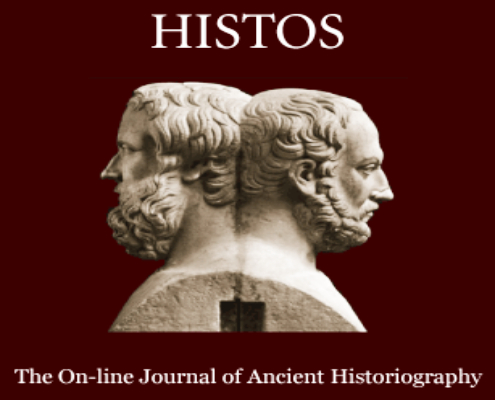 Abstract
The article provides a sample presentation of the critical edition in progress of Thomas Hobbes’s translation of Thucydides, Eight Bookes of the Peloponnesian Warre (London, 1629). The specimen of the edition is Thucydides’ narration of the ‘Plague of Athens’, accompanied by an introduction that sets Hobbes’s edition in its historical context, considers his method of translation, and lays out some distinctive requirements for editing an early modern text. A note on the text explains the format and the editorial principles of the specimen. 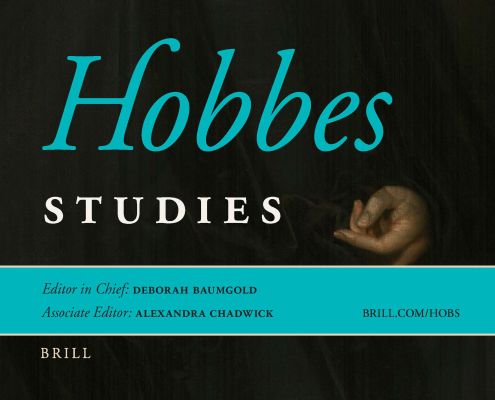 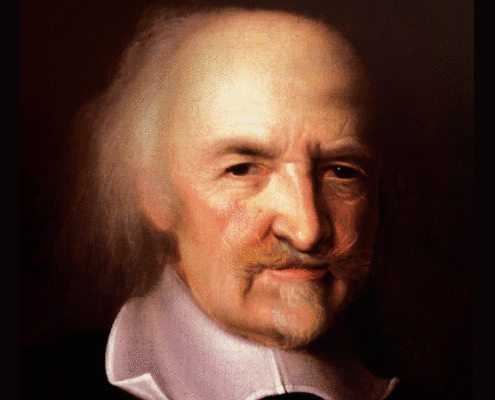 All are welcome. Registration is free but required: please e-mail Eric Boot – E.R.Boot[a]tilburguniversity.edu 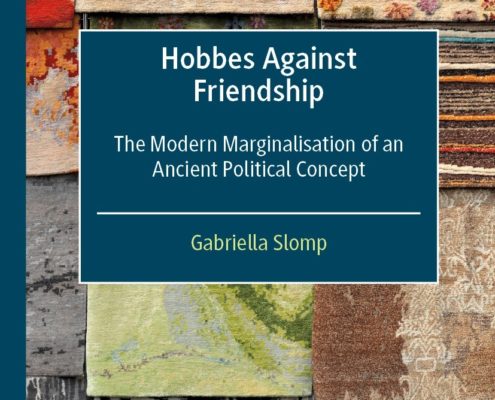 This online colloquium has been established to discuss Gabriella Slomp’s recent book, Hobbes Against Friendship. We begin with an introduction to the text by the author, which will be followed by responses from Theodore Christov, Alexandra Chadwick, Nicholas Gooding , and finally a reply by Gabriella Slomp. Many thanks to Palgrave Macmillan Publishing for supporting this colloquium.

I wish to express my gratitude to Gonzalo Bustamante and the European Hobbes Society for organizing a symposium on my book on Hobbes Against Friendship; I also wish to thank Alexandra Chadwick, Theodore Christov, and Nicholas Gooding for their very interesting comments and challenging questions.

To begin with, I will consider Chadwick’s typically insightful remarks and address two questions that she raises, one about natural sociability and the other about Hobbes’s model of friendship.

Regarding ‘natural sociability’, Chadwick draws attention to my claim that ‘Hobbes ruled out natural sociability; however, he maintained that men can and ought to become sociable.’ She enquires about the difference between Aristotle and Hobbes- if there is a ‘natural’ capacity for sociability (given man can be sociable), then where do we draw the line between this and ‘natural’ sociability?

First let me elucidate my claim: on the one hand, Hobbes tells us that by nature men are unsociable – a claim that is particularly clear in De Cive where we read that ‘By nature, then, we are not looking for friends but for honour or advantage from them’[1]; on the other hand, Hobbes maintains that men ‘ought’ to be sociable (sociability is ‘the sum’ of the laws of nature) and ‘can’ become so by training (‘ought’ for Hobbes depends on ‘can’). On my reading, Hobbes is very keen to highlight the difference  between ‘natural’ versus ‘acquired’ behaviour: men are naturally unsociable but canbecome sociable through education and discipline.

Having said this, I agree with Chadwick that on sociability ‘articulating the difference between the two [Aristotle and Hobbes] becomes trickier once we reject the caricature of a Hobbesian man as an isolated, exclusively self-interested individual.’

Chadwick also raises an important question about the triadic model of friendship that I attribute to Hobbes vis-a-vis the triadic model of friendship that I (and others) associate with ancient and medieval political thought. The difference between the two models is significant and here I want to make another attempt to clarify it. The ancient and medieval model of friendship was anchored to an entity – the good, the beautiful, God – that men did not invent but discovered. This entity regulated the relationship between friends and set limits to what they could ask and expect of each other. In contrast, according to my interpretation, the Hobbesian model of friendship is fastened to an entity created by man – the state – that will regulate partial societies and affiliations among citizens in a way that strengthens peace. Although for Hobbes the Leviathan is accountable to God and its decisions are not arbitrary but informed by the laws of nature, nevertheless the Leviathan’s criterion of selection is not a Christian principle, but a secular value: the safety and wellbeing of the commonwealth. Building on Chapter 22 of Leviathan, I argue that the state will foster those partial societies that can become the ‘muscles’ of the commonwealth and suppress those affiliations that are cancerous and can undermine its health. In this respect too Hobbes has been influential: although some contemporary theories of civic friendship (e.g. Schwarzenbach) claim to reject Hobbes and to put forward a revised and updated Aristotelian model of civic friendship, in fact they are adopting the Hobbesian secular triadic model of friendship.

Next, I want to thank Christov for his engaging reflections on natural persons, international relations, and the modern self. Here I limit myself to clarify my position on two topics.

First, international relations. In the book I consider two separate narratives on how friendship works among political entities or states – the narrative that stretches from Plato’s Lysis to Carl Schmitt, according to which all friendship is a response to enmity (I call this ‘negative friendship’) and the narrative from Cicero to the Scottish Enlightenment according to which friendship is the engine of economics and of ‘commodious living’ (I call this ‘positive friendship’). I argue that Hobbes’s discussion of leagues, confederacies, alliances, and factions resonates with themes of the first narrative, while his discussion of financial corporations and colonies shares themes with the second. Ultimately I show that, according to Hobbes, leagues and alliances work in international relations, as do financial corporations and cultural networks; in contrast, neither negative nor positive friendship are effective in natural conditions. This difference undermines the famous correspondence between international relations and the state of nature.

Second, Christov eloquently reminds us of Hobbes’s new science of politics and of the concept of the modern self. I wholeheartedly agree with Christov that Hobbes’s contribution to modern political thought is immense, but at the same time I concur with the growing number of scholars who maintain that Hobbes looked backward in order to move forward. I agree with Christov that there are significant differences between ancient and modern theories and practices of friendship; it is interesting though that both Aristotle and Hobbes discussed friendship between equals and unequals and suggested that friendship can be an equalizer. Contemporary supporters of the revival of friendship point out that the friendship approach is ‘horizontal’ rather than ‘vertical’ and looks at people and states as they ‘stand together’ rather than how they ‘stand over each other’.

Last but not least I must thank Nicholas Gooding for his very thoughtful critique. I will organize my response into two parts: (i) clarifications and (ii) grounds for healthy debate.

To begin with, a few clarifications.

First, Gooding raises the topic of the ambivalence of friendship and asks whether this was in fact under-appreciated by the ancients, as my quotation from C.S. Lewis would seem to suggest. Rather, my argument in the book is (or tries to be) that a range of ancient authors considered the ambivalence of friendship and highlighted the connection between friendship, corruption, and other evils. However, I conclude – following Cicero – that the prevailing view in Greece and Rome was that a relationship that entailed immorality could not be regarded as amicitia. The idea that ‘only good men can be friends’ is attributed to the ancients by Hobbes in Anti-White.

Second, I agree with Gooding that Hobbes ‘has no use for’ the Aristotelian taxonomy, but from different reasons from those he states. Rather than the absence of objective distinguishing criteria that causes the taxonomy to be ‘of no use’, it is the existence of a separate criterion – namely, the effect of friendship on peace – that renders the Aristotelian taxonomy unfit for Hobbes’s purposes. From an Hobbesian perspective, although conspirators may be more generous with their friends than merchants are with theirs, nevertheless the selfless friendships of the former can damage the commonwealth more than the self-interested friendships of the latter.

Third, in my book, I intended not to selectively cite from Hobbes and instead include the range of his views on virtue. I agree with Gooding that one cited passage (where Hobbes discusses ‘the cause’ of virtue) does Hobbes little service; however, what I tried to convey in this part of the book was  that – on balance- Hobbes emphasizes  ‘the effect’ or ‘impact’ of actions on peace and the wellbeing of the commonwealth. Indeed, I have been a long-standing supporter of the view, expressed forcibly by S.A. Lloyd,[2] that Hobbes disconnected virtue from the pursuit of individual excellence and fastened it to peace.

Finally, Gooding makes a couple of statements that are grounds for healthy debate. For instance, Gooding suggests that some views by Hobbes on Aristotelian virtue contain ‘misreading’ or ‘carelessness’ or ‘philosophical shortcomings’. My view is different: Hobbes was very well-acquainted with Aristotle’s work and had an above-average capacity to understand Aristotle’s politics and ethics. However, when dealing with Aristotelian ideas Hobbes could not help being polemical in Carl Schmitt’s sense of the word. As Carl Schmitt maintained that the definition of political terms is part of a theorist’s political struggle, so Hobbes seemed to think that a new definition of virtue – and the vilification of the Aristotelian meaning – was part and parcel of his battle against the Aristotelians.

Next, Gooding maintains that Hobbes marginalized friendship because ‘he had no use of it’. I beg to differ because in a Review and Conclusion to Leviathan Hobbes draws the attention of the reader to the importance of ‘a constant Civill Amity’ within his commonwealth. Hobbes acknowledges the difficulty of developing civil amity, but rejects the idea that it cannot be attained; in his argument, education and discipline are the means of its development. On my reading, the engine of Hobbesian civic friendship is neither love nor custom; rather it is the citizens’ shared understanding of the function of authority and their commitment to obey the law.

I hope to have answered some of the questions raised by my three readers.

[1] ‘The majority of previous writers on public affairs either assume or seek to prove or simply assert that Man is an animal born fit for Society …. This Axiom, though very widely accepted, is nevertheless false; the error proceeds from a superficial view of human nature. … For if man naturally loved his fellow man … there is no reason why everyone would not love everyone equally as equally men … (On the Citizen, Part I, 1.2, 21–22)

[2] ‘The Laws of Nature articulate moral virtues, and moral virtues are the dispositions that create and sustain civil society, that is the commonwealth-based form of life requisite for peaceful, sociable, and comfortable living. Rational excellences that contribute to the interests of the agent but not reliably to the interests of the collective … are neither moral virtues nor among “the” Laws of nature Hobbes enumerates.’ (Lloyd, S.A. 2009. Morality in the Philosophy of Thomas Hobbes. Cases in the Law of Nature. Cambridge: Cambridge University Press, p. 141) 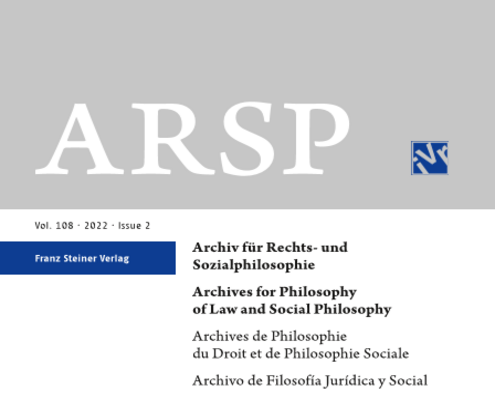 Description
Is the reference to the Book of Job sufficient to explain why Hobbes gave the name ‘Leviathan’ to the state he advocated? Had he not been aware of how maligned this name had been for centuries: that it not only referred to a monster, but soon became synonymous with the devil himself? – The “long shadow” that, according to Carl Schmitt, the name ‘Leviathan’ alone had cast on Hobbes’s work from the very beginning was first cleared somewhat in 2007 by Noel Malcolm’s reference to Jacques Boulduc’s Job- commentary of 1619/37. As far as the “extraneous influence” in question is concerned, however, reference could also be made to the Job-commentary of a certain Joseph Caryl of 1643, which in turn took away some of the scandalous connotation of the biblical Leviathan. The real key to Hobbes’s naming, however, may lie with Jean Bodin, with whom Hobbes shares everything that the name ‘Leviathan’ stands for in his political philosophy. 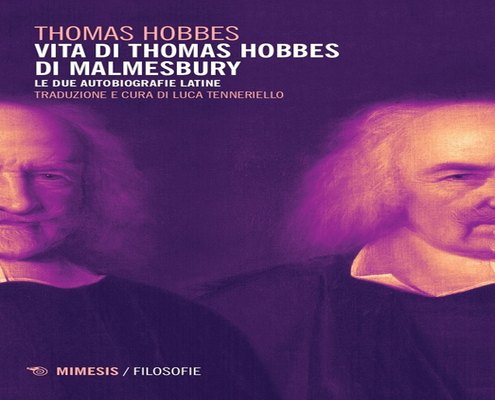 Description
The book collects the first Italian translations of Hobbes’s two Latin autobiographies: the renowned Vita Carmine Expressa, written in 1672, and the little-known Vita, drawn up in prose from the 1660s onwards. The works have been translated and edited by Dr. Luca Tenneriello, Sapienza University of Rome. The volume shows Hobbes’s life and thought in his own words, “a crumb of Hobbes’s mind” (micam salis hobbiani), like a last will and testament for posterity.