European Hobbes Society
You are here: Home / General / Article: Leviathan and the Politics of Metaphor

Challenging interpretations of Leviathan that read its metaphors for sovereignty either as non-theoretical persuasive devices, like Skinner, or sites for the text’s theoretical deconstruction, like Derrida, I argue that metaphor is conceptually integral to and productive of Hobbes’s theory of sovereignty. Seeking to produce a political scientific account of this concept, Hobbes relies on a metaphorical understanding of language in which words are compared to mathematical signs and their logical manipulation is compared to quantitative analysis. Within such a theory of language, metaphor itself is defined as paradox, or the simultaneity of equivalence and nonequivalence. Hobbes’s formulation of sovereignty is metaphorical, I demonstrate, not only insofar as it is dependent on a metaphorical conceptualization of language, but also insofar as it is paradoxical: constructing Hobbesian sovereignty demands a healthy dose of pride in humanity’s creative ingenuity, yet sustaining it demands modest acknowledgement of human limitation. Hobbes theorizes sovereignty through a series of metaphors that in their imagistic content, and most importantly figurative form, articulate such contradiction. Where the metaphors of automaton and actor affirm the powers of human agency, the metaphorical sea serpent leviathan underscores human frailty by way of divine animality. 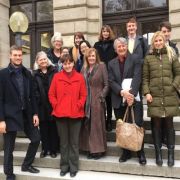 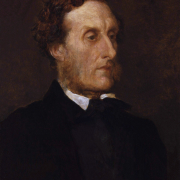 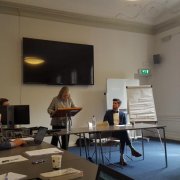 New article: Principles of Motion and the Absence of Laws of Nature in Hobbes’s...