The Canadian Philosophical Association has announced that Arash Abizadeh (McGill) has won their 2019 Book Prize for his Hobbes and the Two Face of Ethics (Cambridge, 2018). From the jury report:

” This is an outstanding book, one of the best books on early modern philosophy in the past 10 years. It exemplifies how history of philosophy should be done these days, combining mastery of Hobbes’s works and a sophisticated use of the conceptual apparatus of contemporary work on metaethics. The book’s main thesis is that Hobbes’s ethics is best understood on the background of Hobbes’s distinction between (prudential) “reasons of the good” and “reasons of the right” (or justice). Whereas the first comprise natural law, the domain of the second are contractual obligations for which we are accountable to others. As Abizadeh demonstrates, this distinction grounds two kinds of normativity, which he examines in detail. The main challenge for any reader of Hobbes is to understand how normativity fits his materialist and mechanist metaphysics. The author argues with great subtlety that Hobbes’s general metaphysical outlook leaves room for non-reductive analysis of normative properties. This sheds an important new light on Hobbes’s naturalism. Along the way, the book deals with related topics in Hobbes’s ethics such as his account of the good and his concept of personhood. No serious scholar of Hobbes and early modern moral philosophy can ignore this book and it should become an instant classic. Contemporary philosophers, especially those working on metaethics, will also benefit.” (Source) 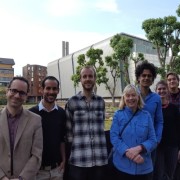