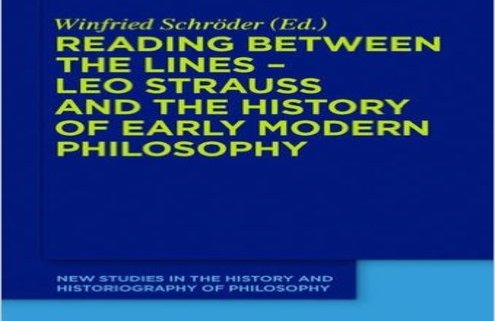 Gianni Paganini: ‘Art of Writing or Art of Rewriting? Reading Hobbes’s De motu against the background of Strauss’ interpretation’, in Winfried Schroeder (ed.), Reading Between the Lines – Leo Strauss and the History of Early Modern Philosophy, Berlin/Boston, De Gruyter, 2015, p. 99-128

Abstract: As an opening work for Hobbes’s “first philosophy”, De motu, loco et tempore (Anti-White) occupies a very special position in Hobbes’s corpus. Being obliged to follow his interlocutor, Thomas White on his ground, Hobbes could not escape the big theoretical issues raised by White’s scholastic theology. He could not simplify or shorten the philosophical agenda, as he did later in De Corpore, excluding the field of theology from the competence of philosophy. However, the presence of this work in current Hobbes scholarship is very scant. Since it was written originally in Latin and barely addressed political issues, Anglo-Saxon scholars usually have avoided much engaging with it. Yet De motu was a decisive turning point in Hobbes’s intellectual history, both for the foundation of a new scientific ontology and for the bold attack it launched on the pretensions of philosophical theology.

Article: Jacques Rancière, Thomas Hobbes, and a Politics of the Part that Has...