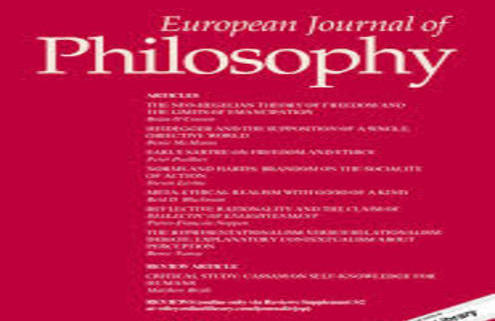 Abstract: This contribution aims at reconstructing Hobbes’s critique of the language of private conscience and at evaluating the relevance of this critique for Hobbes’s political philosophy. Hobbes, I argue, radically subverts the traditional moral‐theological notion of private judgment by turning it into a natural and social fact: conscience becomes nothing more than a shared opinion. This drastic redefinition allows him to condemn the seditious uses of the language of conscience: Hobbes’s criticism of Papists and Presbyterians can be read, I contend, as an attempt at a genealogical analysis of private conscience. Yet, while always constructed by powerful rhetoric, conscience is not insignificant to Hobbes, since it becomes—in a way that neither “liberal” nor “absolutist” readings of Hobbes’s politics have satisfactorily accounted for—the ambivalent dimension of the construction of political consent.

New article, ‘Hobbes and the Politics of Translation’, by Alicia...
Scroll to top