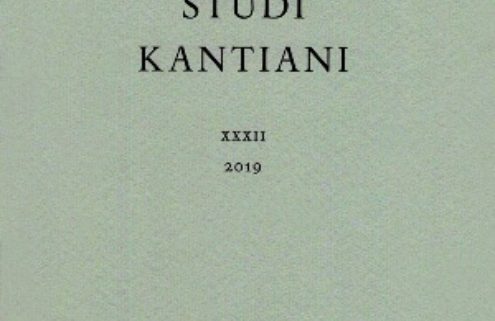 Abstract : The Concept of status naturae between Hobbes and Kant ∙ The confrontation with Hobbes is present in Kant’s entire moral thought, as the concept of ‘state of nature’ shows. Although undervalued in Kantian literature, this concept is the constant starting point of Kant’s juridical and political analysis. Kant even thinks that the state of nature in international relations can always affect the internal juridical state, more than Hobbes was prone to admit. But Kant also radicalizes the perspective, by introducing, in addition to the ‘juridical’ state of nature, the concept of an ‘ethical’ state of nature, that – differently from Hobbes – cannot be overcome by political means, not even by man’s moral forces.