European Hobbes Society
You are here: Home / General / New book: In the Shadow of Leviathan, by Jeffrey R. Collins 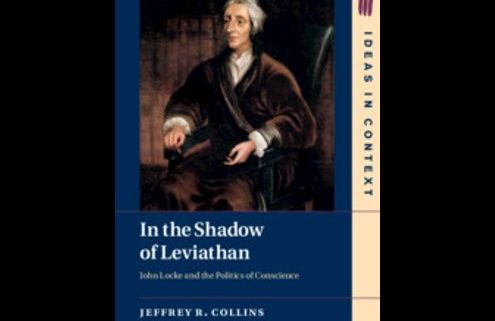 Jeffrey R. Collins (2020): In the Shadow of Leviathan. John Locke and the Politics of Conscience. Cambridge: Cambridge University Press.

Thomas Hobbes and John Locke sit together in the canon of political thought but are rarely treated in common historical accounts. This book narrates their intertwined careers during the Restoration period, when the two men found themselves in close proximity and entangled in many of the same political conflicts. Bringing new source material to bear, In the Shadow of Leviathan establishes the influence of Hobbesian thought over Locke, particularly in relation to the preeminent question of religious toleration. Excavating Hobbes’s now forgotten case for a prudent, politique toleration gifted by sovereign power, Jeffrey R. Collins argues that modern, liberal thinking about toleration was transformed by Locke’s gradual emancipation from this Hobbesian mode of thought. This book investigates those landmark events – the civil war, Restoration, the popish plot, the Revolution of 1688 – which eventually forced Locke to confront the limits of politique toleration, and to devise an account of religious freedom as an inalienable right.

Develops and explains not just the arguments of Hobbes and Locke, but their political context, the circulation and reception of their ideas, and the print history of their books

Draws out the significance of early modern intellectual history to modern, liberal thinking around religious toleration

New article: ‘On the Absence of Moral Goodness in Hobbes’s Ethics’...