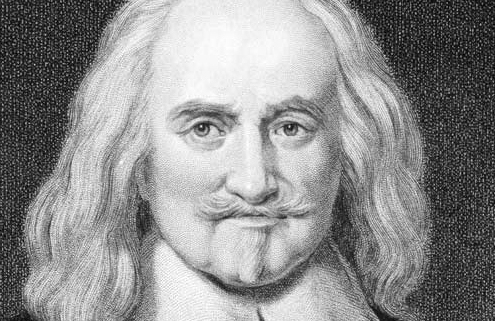 We asked some leading scholars to identify areas of Hobbes studies that they think have been relatively under-studied to date and deserve greater attention. Here’s what they suggested. (We welcome further suggestions from Hobbes scholars and will happily add them to this post.)

The “continental” Hobbes – Hobbes’s metaphysical, scientific and theological thought in his relations with correspondents in France and on the continent (in particular P. Gassendi and the circle of erudite libertines, including P. Sorbière and La Mothe Le Vayer).

We usually consider Hobbes to be a great English thinker, and to place him in that context, but we do not often take sufficient store of the fact that he wrote some of his most important works (e.g. Leviathan, De cive and most of De corpore) during the decade of his exile in France (1641–1651), notably in Paris, that is on the continent. In this perspective, it would be helpful to study the printed and manuscript sources related to his “continental” stay.

This aspect has been studied significantly with regard to the debate with Descartes regarding his Meditations, to which Hobbes wrote a series of Objections; however, much less study has been focused on the relationships and ties between Hobbes and the thinkers that were closer to him from a metaphysical, epistemological and also political standpoint, such as the so-called French “libertines” and Pierre Gassendi. Gassendi, in turn, represented the Epicurean renewal, which interested Hobbes both due to its materialist bent as for the importance accorded to instituting a conventional contract as a source of law and politics. This genuine network of Epicurean friendships, in which an interest in science and a passion for philosophy went hand in hand, has yet to be explored in depth. In particular, the manuscripts connected to Sorbière (close friend of both Hobbes and Gassendi) and his correspondence (manuscripts held at the Bibliothèque Nationale de France in Paris) could provide us with new clues into Hobbes’s associations in Paris and the intellectual ties that he was able to establish with the French neo-Epicurean and libertine tradition. We also need to study systematically the manuscripts (conserved in Tours) that demonstrate the various steps of Gassendi’s writing of Syntagma philosophicum. These manuscripts are very interesting, as they enable us to compare the parallel evolution of both systems during Hobbes’s decade in Paris.

I think there are still many important questions to be asked about the young Hobbes. How significant was his sojourn in Italy and France in 1614/15? What more might be learned about his relationship with Francis Bacon? What are we to think of his work as a translator? When and why did he translate Thucydides’s History, and how political was his translation? How important was his Latin version of Aristotle’s Rhetoric for his understanding of the theory of eloquence? How far may that in turn have been important in relation to his project for a science of politics? Some of the finest historical work on Hobbes of recent times has of course addressed these and related issues – most obviously the work of Kinch Hoekstra, Noel Malcolm, Timothy Raylor and the late Karl Schuhmann. But it seems to me there’s still considerable scope for more research on Hobbes’s intellectual formation and development.

My immediate thoughts concern possibilities for empirical research. Quentin Skinner in his recent book, From Humanism to Hobbes—tracing the immediate context for Hobbes’s breakthrough in Leviathan of treating the person of the state as artificial, the seat of power—has made brilliant use of the Thomason Collection of documents held in the British Library, comprising some 22,000 items including civil war pamphlets, and especially those which parroted some of the most exaggerated arguments for popular sovereignty of the radical French Huguenot’s whom Hobbes was desperately concerned to refute. This material must somehow have made its way to Paris, where Hobbes was writing, and there must still be traces of it in the Bibliothèque Nationale or the innumerable private libraries which have survived. Far too little work has been done on Hobbes’s period in Paris, and especially empirical work.

Elsewhere I have suggested that Hobbes is also a perfect candidate for prosopography, which allows us to create from the careers of individuals nested in important networks a profile for the group, to try to throw light on ideas and actions for which in individual cases, like that of Hobbes, we lack material evidence. The parallels between the factions that ran the parliament of 1621, for which we have excellent records, and those which ran the Virginia Company, of which we also have excellent minutes, are striking. Hobbes’s patron, Cavendish, in making Hobbes a member of the Virginia and Somers Island Companies, of which he turned out to be one of the most diligent members, was surely stacking the court. But to what end? Such a study would teach us more about the Virginia Company as a school for politicians, and its possible impact on the formation of Hobbes’s ideas on government and public administration in the critical chapters 22, 24, and 29 of Leviathan!

In his major works of political philosophy, Hobbes makes striking pronouncements about sexual behaviour. For example, in De Cive he asserts that no sexual behaviour is forbidden in nature, that there can be no such thing as marriage in the absence of a civil state, that what counts as adultery is determined entirely by the positive law, and that marriages can be dissolved or not, depending on those laws. In Leviathan he adds that men can take as many wives as the law of their country permits.

Some of these claims are accorded a few sentences of explanation or defence, but most are simply asserted. Even when Hobbes does try to provide some justification for these pronouncements, it tends to be unsatisfactory. His various remarks about sex appear prominently in harsh criticisms by Hobbes’s contemporaries. Bishop Bramhall castigates Hobbes for his remarks on adultery and divorce while the Earl of Clarendon expresses horror at his allowance of polygamy. Present-day readers may not share the horror of Hobbes’s contemporaries. They nevertheless are entitled to an explanation for why Hobbes holds these views, which arguments he enlists to defend them, and how those views fit into his overall moral and political theory.

What are we, today, to make of Hobbes’s provocative claims about sex? How should we understand his view on sex, given that he offers scant or unsatisfying explanations for what he says about it?

Mainstream Hobbes scholarship sheds little light on these questions. With a few notable exceptions, Hobbes scholars of the past, say, fifty years have not had much, if anything, to say about sex. Although there is a growing industry of feminist political theorists, literary critics, and even some philosophers who take up Hobbes on the question of gender, few consider questions about sex and sexuality apart from gender.

Hobbes does not give a systematic view of human sexuality or sexual morality. The pieces of texts where he mentions the subjects are scattered throughout his different works and they are brief. Can we reconstruct Hobbes’s position from these scattered remarks and the logic behind them? If so, how does this effect understanding Hobbes’s overall philosophical political project and what implications does it have for the debates over how to understand Hobbes’s views on gender?