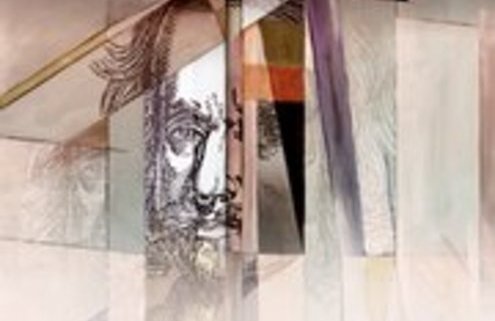 This online colloquium has been established to discuss David Boucher’s recent book, Appropriating Hobbes: Legacies in Political, Legal, and International Thought. We began with an introduction to the text by Professor Boucher and a response from Howard Williams. We now have a response from Eleanor Curran (Kent), which focuses on chapter 3 of the book (on Schmitt and Oakeshott). This will be followed by a response by David Dyzenhaus (Toronto) and a reply by David Boucher. Many thanks to Oxford University Press for supporting this colloquium.

I enjoyed reading this chapter which has interesting commentary on the interpretations of Hobbes’s political theory by Carl Schmitt and Michael Oakeshott. I am also sympathetic to Boucher’s point that Hobbes has been subject to many conflicting interpretations and that those interpretations have often seemed to reflect the times and views of the commentators.

In the introduction to Appropriating Hobbes David Boucher says ‘the contention of this book is that interpreters of Hobbes should not be understood as penetrating into the depths of his mind, but instead gazing into a mirror in which they see their own reflections as the shadowy presence of Hobbes looks back.’ (11). And this, Boucher tells us, is to apply the method, broadly characterised as hermeneutics, to the study of Hobbes (12) to show that ‘there is no one perfect context that enables us to get at what Hobbes really meant, because he becomes almost indistinguishable from the context in which he is read’ (2).

In Chapter Three Boucher says that he wants to ‘explore the ideological appropriation of Hobbes, by Oakeshott and Schmitt, in order to demonstrate the capacity that they both display for portraying Hobbes as very much like themselves’ (89).

He discusses first, in some detail, Schmitt and Oakeshott’s own responses to political events and theory including what they both saw as the ‘degeneration in the theory and practice of the modern European state’ (91) and what they regarded as the importance of myth in providing a society with a sense of identity binding individuals together. ‘For each, myths played an essential role in bolstering the state apparatus and sustaining order’ (103). During this substantial part of the chapter (91-109), Hobbes is mentioned only intermittently and usually in the form of biographical asides or isolated remarks such as, ‘for Schmitt, Thomas Hobbes’s genius was to recognise the necessity of myth.’ (103) In the next two sections subtitled ‘Schmitt’s Hobbes’ and ‘Oakeshott’s Hobbes’ Boucher does discuss Schmitt and Oakeshott’s interpretations of Hobbes’ political theory. For reasons of space I will restrict my comments to the section on Schmitt.

Boucher recounts that Schmitt reads Hobbes, at least initially, as the theorist of absolutism par excellence. He sees his own theory of decisionism (according to which the sovereign may decide on the state of exception which allows him to suspend all laws and rights in defence of the state, in a time of emergency) in Hobbes’s theory. And so, Schmitt ‘recognised Hobbes as a potential ally.’ (109) In this early interpretation, Schmitt sees Hobbes as both an ‘anti-individualist’ and someone who thought that the state was ‘by constitution, essentially a dictatorship’ (ibid.). This co-opting of Hobbes’s theory by Schmitt, to support his own theory of sovereignty and the state is fairly well known and certainly seems to support Boucher’s claim of the appropriation of Hobbes by, in this instance, Schmitt. What happens next in the chapter is a little confusing. Boucher outlines Leo Strauss’s criticism of Schmitt’s interpretation as missing the significance of the individual for Hobbes and particularly of the individual’s retention of the right to self-preservation. These elements of Hobbes’s theory support the view that he is a proto-liberal, Strauss argues, rather than the anti-liberal of Schmitt’s reading. Boucher also tells us that Schmitt himself came to regard Hobbes as introducing a fatal flaw into his theory when he allowed freedom of conscience in religious matters. This individualist proviso, according to Schmitt, opened a crack that would later be exploited by Spinoza and which ‘contained the seed of death that destroyed the mighty Leviathan’ (112-113, quoting Schmitt).

What strikes me as puzzling is that the discussion has moved from describing the appropriation of Hobbes to support Schmitt’s own view to something more like an analysis of Hobbes’s arguments and statements and what theoretical viewpoints they either support or don’t support. In other words, this part of the chapter reads more like the usual sort of discussion and debate about what Hobbes actually said and what theoretical implications this has. The judgements about Hobbes’s theory here seem to have a different status from the contextualised interpretations Boucher sets out as his subject matter. For example, Boucher criticises Schmitt’s interpretation of Hobbes as undermining his (Hobbes’s) theory of absolute sovereignty, as above, saying ‘Schmitt may be overreacting . . . Hobbes undermined his theory of sovereignty however, in a different way.’ The politically fatal flaw, according to Boucher, is the retaining by individuals of the right to self-preservation. He then says, ‘this was something that Jean Hampton noticed, and which undermined any claim Hobbes may have to be the philosopher of absolutism.’ (113)

What is the status of this part of the discussion? If Boucher is arguing that, taking something from the text, one can state definitively that Hobbes undermines any claims that he is an absolutist then it sounds very much as though Boucher is providing his own considered view of what Hobbes actually wrote and the implications of what he wrote. And he makes no mention here of the context within which his comments may be evaluated. In other words, the implication is that there is a text, which says one thing rather than another and therefore has some independence from interpretation.

I am puzzled that Boucher does not expand on this. He does, in Chapter Six, finally include himself as an interpreter on the subject matter of international relations but maintains his claim to a position within a context and denies being a ‘free floating’ intellectual ‘above the fray’ beyond accepting ‘current standards of scholarship’ which mean that ‘the argument presented is what the evidence obliges me to believe.’ (187) This latter remark does little to clarify the status of the claims he makes that I refer to above.

If Boucher is right that there is no text independent of its interpreters then it is hard to see, without further argument or explanation, how he can at the same time argue, as he seems to, that particular statements or arguments by Hobbes, preclude a theory of absolutism on his part. It may be that I have taken too literally some of Boucher’s statements about the lack of a text independent of interpretation but some more explanation of how we can still legitimately make judgments about the text itself would have been welcome.

New Book: Hobbes’s Kingdom of Light: A Study of the Foundations of Modern...