European Hobbes Society
You are here: Home / Discussion / Online Colloquium (4): Crignon on Leviathan on a Leash 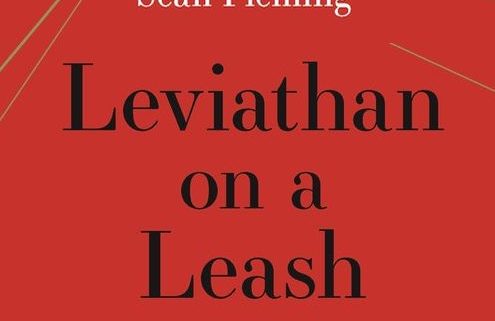 This online colloquium has been established to discuss Sean Fleming’s recent book, Leviathan on a Leash: A Theory of State Responsibility. We began with an introduction to the text by Dr Fleming, followed by responses from Silviya Lechner and Jerónimo Rilla. We now have a response from Philippe Crignon, before finishing with a reply by Sean Fleming next week. Many thanks to Princeton University Press for supporting this colloquium.

Chapter 3 of Sean Fleming’s outstanding book deals with attribution of actions to a state. It builds on the Hobbesian theory of the personality of the state, but goes further and incorporates three significant claims that change it to a large extent. These amendments entail assertions that Hobbes rejected, rightly or wrongly; as a result, the personality of the state and the consequences that Fleming draws from it in terms of responsibility, accountability and liability eventually appear distinct—and possibly quite independent—from what Hobbes vindicated. If I understand the author correctly, these assertions are the following: (1) the existence of an international forum where states acknowledge each other as persons, (2) a system of international law which introduces rules to which states are subjected, and (3) human rights limitations on state sovereignty. Hobbes did not accept any of these ideas and he probably had good reasons for doing so, starting with consistency with his fundamental principles: authorization by citizens and representation by the sovereign are the two processes that establish the person of the state, with absolute sovereignty. The question therefore arises as to what remains of Hobbes’s theory after such essential changes. Another question is whether these corrections are well-grounded and to what extent they may shed more light on state responsibility.

The idea that there is a common arena where states can acknowledge each other as peers is implicit in Fleming’s work. Although he dismisses the agential theory of International Relations and the functional theory of International Law (chapter 1), he pays special attention to interstate relationships. As a matter of fact, it is possible, according to him, to consider a state as a person “from the outside”, without being either its sovereign or one of its citizens. This claim is not self-evident. The notion of person, unlike that of human being, is not natural: one is always a person for someone else who offers recognition and who attributes actions to her. For Hobbes, a state is a person only for its citizens and for its sovereign due to the authorization/ representation process. In their mutual relations, states are in a natural condition, “a condition of war of everyone against everyone”, which is to be interpreted as a jural vacuum rather than as an open war. As the judiciary and theatrical origins of the concept may suggest, a “person” (or the actor) performs on a stage and before an audience. Less metaphorically, a forum must be displayed, which is (in Hobbes’s view) not to be found at the international level. Admittedly, this prohibits any political or legal recognition among states. Fleming clearly disagrees with Hobbes on this specific point. For him, a state is considered a person by other states, NGOs and IGOs, and this, of course, conforms to contemporary political theory, more specifically to IR theory. But this also means that it is possible to be a person regardless of the authorization/ representation process, which is the very basis of the “person by fiction” in Hobbes’s thought. Public law personality and international law personality have distinct principles and it seems to me that Fleming shifts from one to the other with no explicit justification. It is Leibniz, not Hobbes, who construed the idea that a state is a person in an international society, a “persona juris gentium”, as he said in the Cæsarinus Fürstenerius in 1677 (Akademia Verlag, IV, 2, p. 64), which is defined by its territorial supremacy and its international political significance, and to which actions can be attributed following the law of nations. According to Leibniz, smaller states have no such international personality because they lack influence, while larger states endorse this personality insofar as they are part of an interstate system with a supranational (imperial) authority. I suspect that Fleming follows Leibniz more than Hobbes on this point. Of course, this may be unproblematic but 1) Leibniz did elaborate his conception in direct opposition to Hobbes’s (“Hobbesian empire, I think, exist neither among civilized peoples nor among barbarians, and I consider them neither possible nor desirable”[1]) and 2) this notion of personality of the state is unrelated to the authorization and representation process.

Fleming gives examples of actions attributed to states, considered as persons, at the international level, such as Russia launching an attack on a plane (74), the USA signing the Paris Climate Change Agreement or withdrawing from it (86) and Germany signing a treaty (100). These examples are not backed by the same conception of the state. A Hobbesian state can wage war, but cannot be bound by a covenant. The last two examples imply that the USA and Germany are personæ juris gentium and suggest a system of positive international law, which is avowedly un-Hobbesian. According to Hobbes, indeed, there can be no genuine treaty or compact between states and, more importantly, any external action supposedly attributed to a state is in fact owned by the sovereign. We may as well attribute such actions to the government instead. It is true that, for Hobbes, international relations are regulated by the laws of nature (i.e. morality) and that “leagues between commonwealths” (Leviathan, XXII) are possible, lawful and even profitable. But moral duties cannot be translated into legal obligations and they bind the sovereigns rather than the states. Similarly, confederacies are between “absolute Lords” (Leviathan, XXX) rather than between states. This is why Hobbes may not be that useful here.

Fleming then makes an interesting distinction between ownership on the one hand and accountability and culpability on the other hand. He claims that while states own the actions, only representative governments are accountable and may be culpable for them (99–100). Yet I wonder if such a distinction is relevant here. If a state is a person for other states, as Leibniz (not Hobbes) contended, then I cannot see why the state cannot be accountable for its actions or even culpable for them, in addition to owning them. In such a case, authorized representatives are bound to act according to the state’s accountability: compensation for war damage illustrates this clearly. In fact, accountability itself is owned by the state. As it seems, personality, ownership, accountability and culpability have not much to do with the authorization/ representation process, because they utterly depend on a system of international law that makes the states fully responsible for their actions. My opinion would therefore be that Leibnizian principles are more consistent than Hobbes’s theory with Fleming’s claim that “although ‘moral or immoral behaviour’ can be attributed to a state only in a very thin sense, the supposition that states can do good or do wrong is nevertheless a crucial one’” (105).

Norms of justice are imposed on the state’s external activities by international law and generally on all its activities—internal as well as external—by human rights. Just as states can do wrong or do good regarding their behaviour towards other states, nations or peoples, they can be just or unjust towards their own citizens depending on whether they comply with human rights or not (88). Hobbes would of course not admit that a state could be unjust because “the makers of civil laws, are not only declarers, but also makers of the justice and injustice of actions” (Leviathan, XLII). Hobbes obviously lacked a full-fledged theory of human rights, although he acknowledged some inalienable rights that allow individuals to disobey the sovereign. He made clear also that a sovereign turns into an enemy when he endangers the people’s safety (De cive, XII, 3). Hobbes would nevertheless have rejected the assumption that a state (rather than the sovereign) can be unjust on this basis. I am actually sympathetic with Fleming’s claim that “unjust states” exist, specifically when they commit crimes against humanity, because those crimes are not defined by positive law and because they are committed by authorized public officers or public institutions as such. I also agree with his idea that ministers and governments are not the only ones responsible for these actions (74, 108). Yet again, I cannot see why exactly a state cannot therefore be accountable or culpable for its own actions. If, for Hobbes, a state owns its actions but cannot be held accountable for them, it is because the sovereign representative is thought to be absolute, not because the state lacks a natural will. Now if we dismiss absolute sovereignty, as Fleming rightly does (91), it makes perfectly sense that a state, and not only its representatives, is held accountable or even guilty for its mischiefs. The very notion of “doing wrong” or “being unjust” entails that sort of culpability. France, and not only Pétain and other officials, has rightly been declared guilty for the Vel’ d’Hiv Roundup in a famous speech by President Jacques Chirac in 1995. France, and not the present French government, has been found guilty by an administrative court for its inaction on climate change (2021). Hence, state accountability seems to me a better ground for public compensation, regardless of successive governments (and even of successive regimes).

These issues may not be of the highest importance to Fleming’s overall line of argument, but they nevertheless question the exact function of Hobbes’s theory of authorization and representation in this updated version of state responsibility. My guess is that it plays a minor role in the constitution of the person of the state and in making it responsible and accountable, but that it is necessary both to identify when somebody’s actions must be attributed to the state (a government’s or an official’s actions are the actions of the state if and only if the government or the official is duly authorized) and to carry out the responsibility of the state (a state’s obligations determine the duties of its representative officials). I would be very grateful to Fleming if he would discuss this reading, just as I already thank him for these challenging and impressive investigations.

Online Colloquium (3): Rilla on Leviathan on a Leash