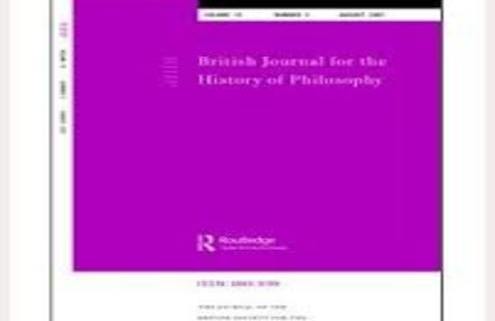 Abstract: Hobbes belonged to philosophical and scientific circles grappling with the big question at the dawn of modern physics: materialism and its consequences for morality. ‘Matter in motion’ may be a core principle of this materialism but it is certainly inadequate to capture the whole project. In wave after wave of this debate the Epicurean view of a fully determined universe governed by natural laws, that nevertheless allows to humans a sphere of libertas, but does not require a creator god or teleology to explain it, comes up against monotheism and its insistence on the incoherence of an ordered world in the absence of a God and his purposes. The following questions were central to this debate: (1) Can we understand the universe as law-governed in the absence of a god? (2) If so, what room is there in a fully determined mechanical universe for human freedom? (3) If humans do enjoy freedom, does the same hold for other animals? (4) Is this freedom compatible with standard views of morality? (5) Is there an analogue between the material world as law-governed and human social order? (6) If so does it also obtain for other animals?

Chapter: ‘Hobbes and the Politics of Absolutism’.
Scroll to top