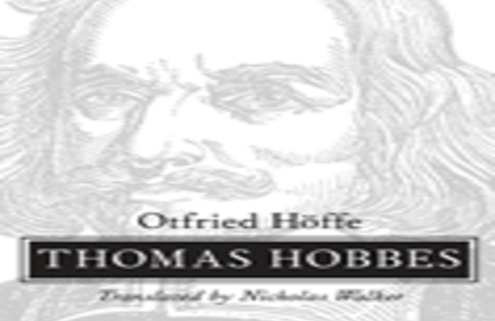 Abstract: Best known for his contributions to political philosophy, Thomas Hobbes set out to develop a coherent philosophical system extending from logic and natural philosophy to civil and religious philosophy. In this introduction to Hobbes’s thought, Otfried Höffe begins by providing an overview of the entire scope of his work, making clear its systematic character through analysis of his natural philosophy, his individual and social anthropology, and his political thought. He then offers an innovative examination of religious and ecclesiastical questions, touching not only on the political implications of religion so important to Hobbes, but also on his attempt to reconstruct Christianity in terms of a materialistic philosophy. He also explores Hobbes’s continuous critique of Aristotle and Aristotelian Scholastics, in which Höffe argues that Hobbes and Aristotle have much more in common philosophically than is normally supposed—and certainly more than Hobbes himself acknowledged. Finally, Höffe sketches the influence Hobbes had and continues to have on the development of legal and political philosophy. This book was published  originally in German (München: Beck, 2010).