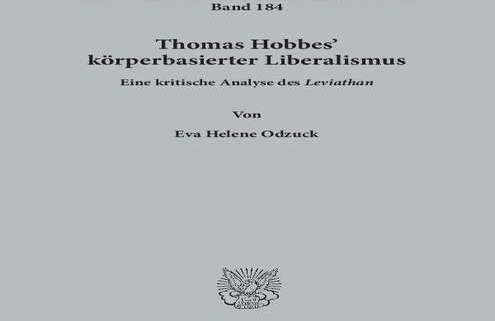 About this book: The book Thomas Hobbes’ Body-based liberalism – A critical analysis of Leviathan presents a fresh, new reading of the contractualistic argument, as it is presented by Hobbes in the English Leviathan. Contemporary Hobbes scholarship focuses on the rational actor and broadly ignores the role of the body and the passions for Hobbes’ political philosophy. This book aims to address this gap and develops an interpretation which highlights the role of the body: the body determines the content and the theoretical limits of the argument in a decisive manner and is the source of a serious theoretical problem, which the author calls “biopolitical Aporia”. Furthermore, focusing on the body can explain the practical role of Hobbes’s argument. The argument can be regarded as an appeal to the bodily passions, which aims at a practical effect: To achieve the obedience of the subjects. This book shows that Hobbes’ rhetorical strategies are grounded in a distinct and differentiated theory of the passions and thereby is an important contribution to the problem of how to read Hobbes’ texts adequately. It discusses the hypothesis of Leviathan as a counsel book for sovereigns and shows the plausibility and the limits of that interpretative hypothesis. In addition to the dominant interpretations of Hobbes through the lenses of game theory and of theory of rights, the focus on the body shows that Hobbes develops a special sort of “liberalism” which has to be understood as a Body-based liberalism. By showing that this kind of “liberalism” has both grave problems of consistency and uses “liberalism” in an external way as a sort of rhetorical façade, this book is also meant as a contribution to the discussion of the historical roots and contemporary developments of liberal states.

Article: Hobbes on the function of evaluative speech