European Hobbes Society
You are here: Home / Member Publications / Chapter on ‘Hobbes “At the Edge of Promises and Prophecies”̵... 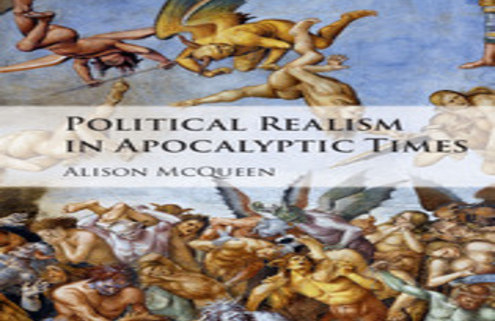 Alison McQueen’s book, Political Realism in Apocalyptic Times (Cambridge University Press, 2017) contains a chapter on Hobbes, alongside chapters on Machiavelli and Morgenthau. It is available now as an ebook, and will be published in hardback in February.

About this book: From climate change to nuclear war to the rise of demagogic populists, our world is shaped by doomsday expectations. In this path-breaking book, Alison McQueen shows why three of history’s greatest political realists feared apocalyptic politics. Niccolò Machiavelli in the midst of Italy’s vicious power struggles, Thomas Hobbes during England’s bloody civil war, and Hans Morgenthau at the dawn of the thermonuclear age all saw the temptation to prophesy the end of days. Each engaged in subtle and surprising strategies to oppose apocalypticism, from using its own rhetoric to neutralize its worst effects to insisting on a clear-eyed, tragic acceptance of the human condition

Quentin Skinner: From Humanism to Hobbes
Scroll to top