European Hobbes Society
You are here: Home / New Publications / Chapter on ‘Public Reason in Hobbes’ by Sharon A. Lloyd 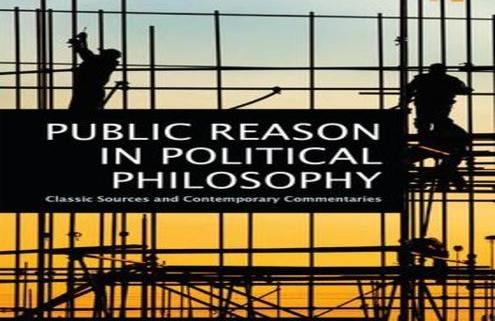 Turner, Piers Noris / Gaus, Gerald (ed.) (2018): Public Reason in Political Philosophy. Classic Sources and Contemporary Commentaries. London: RoutledgeWhen people of good faith and sound mind disagree deeply about moral, religious, and other philosophical matters, how can we justify political institutions to all of them? The idea of public reason—of a shared public standard, despite disagreement—arose in the seventeenth and eighteenth centuries in the work of Hobbes, Locke, Rousseau, and Kant. At a time when John Rawls’ influential theory of public reason has come under fire but its core idea remains attractive to many, it is important not to lose sight of earlier philosophers’ answers to the problem of private conflict through public reason.

The distinctive selections from the great social contract theorists in this volume emphasize the pervasive theme of intractable disagreement and the need for public justification. New essays by leading scholars then put the historical work in context and provide a focus of debate and discussion. They also explore how the search for public reason has informed a wider body of modern political theory—in the work of Hume, Hegel, Bentham, and Mill—sometimes in surprising ways. The idea of public reason is revealed as an overarching theme in modern political philosophy—one very much needed today.