European Hobbes Society
You are here: Home / Member Publications / Chapter: ‘Thomas Hobbes Against the Aristotelian Account of the Virtues... 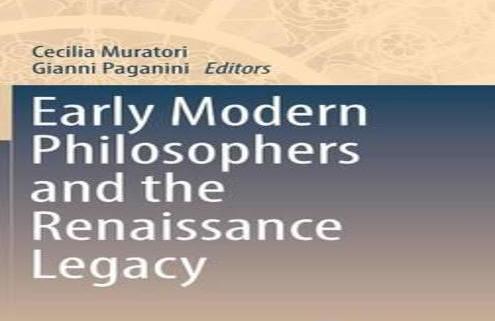 Gianni Paganini: ‘Thomas Hobbes Against the Aristotelian Account of the Virtues and His Renaissance Source Lorenzo Valla’, in Cecilia Muratori and Gianni Paganini, eds.,  Early Modern Philosophers and the Renaissance Legacy, Springer, 2016, pp. 221-37.

Abstract: This chapter concentrates on the “ethicist” interpretation of Hobbes’s theory of morals, considering whether and how a more historical and contextual approach could confirm or disconfirm this sort of reading of Hobbes. In this connection, it will be shown that knowledge of Hobbes’s Renaissance sources, first of all Valla, can help us to avoid not only historical but also philosophical misunderstandings, such as dismissing Hobbes’s objections to the Aristotelian theory of virtues. For his scientific approach to ethics that excludes the doctrine of mesótes, for his stressing the value of pleasure and self-preservation, for his criticism of the classic and Renaissance concept of “glory”, Hobbes reveals himself to have been influenced much more by Valla’s similar topics than by Aristotle’s approach, as Leo Strauss in the past and more recently Boonin-Vail and Ewin thought.