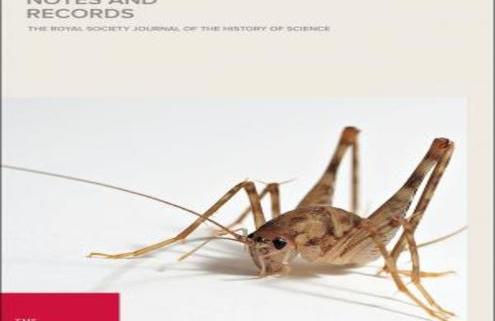 Jesseph, Douglas (2018): Geometry, Religion and Politics: Context and Consequences of the Hobbes–Wallis Dispute, in: Notes and Records, The Royal Society Journal of the History of Science, Published 10 October 2018.DOI: 10.1098/rsnr.2018.0026

Abstract: The dispute that raged between Thomas Hobbes and John Wallis from 1655 until Hobbes’s death in 1679 was one of the most intense of the ‘battles of the books’ in seventeenth-century intellectual life. The dispute was principally centered on geometric questions (most notably Hobbes’s many failed attempts to square the circle), but it also involved questions of religion and politics. This paper investigates the origins of the dispute and argues that Wallis’s primary motivation was not so much to refute Hobbes’s geometry as to demolish his reputation as an authority in political, philosophical, and religious matters. It also highlights the very different conceptions of geometrical methodology employed by the two disputants. In the end, I argue that, although Wallis was successful in showing the inadequacies of Hobbes’s geometric endeavours, he failed in his quest to discredit the Hobbesian philosophy in toto.