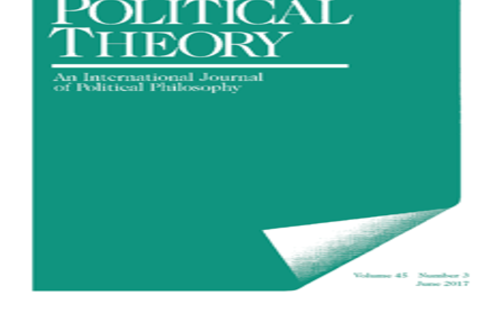 Abtract: This essay presents a reading of the use of wonder in the political philosophy of Thomas Hobbes. In this essay, I argue that not only did Hobbes incorporate the ancient conception of wonder into his design for the emotional apparatus of the modern sovereign state, but that when he did so he also transformed it and other concepts. Previous scholars have paid close attention to Hobbes’s confrontation with ancient philosophy, but there has been no sustained study of Hobbes’s use of wonder, which was a concern of his over the entire course of his authorship. More broadly, this study opens up a place for the study of wonder in contemporary political theory as part of the broader reassessment of emotion.

New Article: “The Light of Reason”: Reading the Leviathan with “The Werckmeister...
Scroll to top