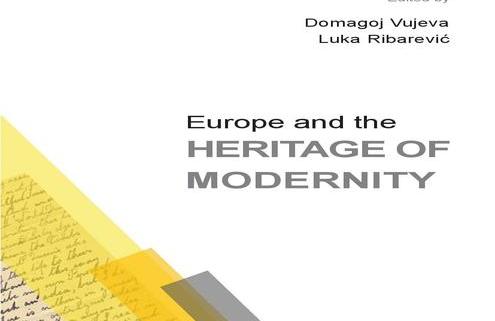 This new volume, edited by Domagoj Vujeva and Luka Ribarević, contains four chapters on Hobbes, and one discussing the relationship between Hobbes and Rousseau.

Luka Ribarević, ‘Political Hebraism in Leviathan: Hobbes on I Samuel 8’.

Dragutin Lalovićm, ‘Republican Synthesis of the Political and of the State in Rousseau’s Political Theory’.

The publication is part of a project entitled ‘Political in the Time of Actual Crisis: the Heritage of Modernity and Contemporary Challenges to the Project of European Unity’, funded by the European Social Fund. Since the publication was financed by EU funds, it can be downloaded free of charge in pdf format by clicking on the following link:  https://www.fpzg.unizg.hr/_download/repository/Europe_and_the_heritage_of_modernity%5b1%5d.pdf