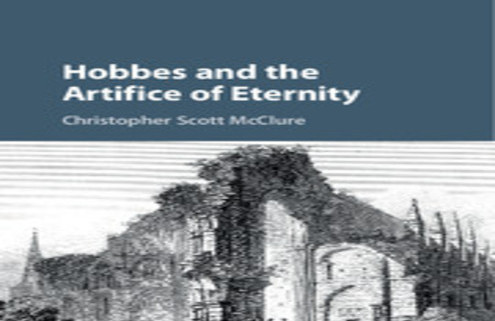 About this book: Thomas Hobbes argues that the fear of violent death is the most reliable passion on which to found political society. His role in shaping the contemporary view of religion and honor in the West is pivotal, yet his ideas are famously riddled with contradictions. In this breakthrough study, McClure finds evidence that Hobbes’ apparent inconsistencies are intentional, part of a sophisticated rhetorical strategy meant to make man more afraid of death than he naturally is. Hobbes subtly undermined two of the most powerful manifestations of man’s desire for immortality: the religious belief in an afterlife and the secular desire for eternal fame through honor. McClure argues that Hobbes purposefully stirred up controversy, provoking his adversaries into attacking him and unwittingly spreading his message. This study will appeal to scholars of Hobbes, political theorists, historians of early modern political thought and anyone interested in the genesis of modern Western attitudes toward mortality.

Article: The Monstrosity of Matter in Motion: Galileo, Descartes, and Hobbes’s...

Article: Democracy and the Body Politic from Aristotle to Hobbes
Scroll to top