European Hobbes Society
You are here: Home / Discussion / Noel Malcolm’s edition of Leviathan: a review of the reviews 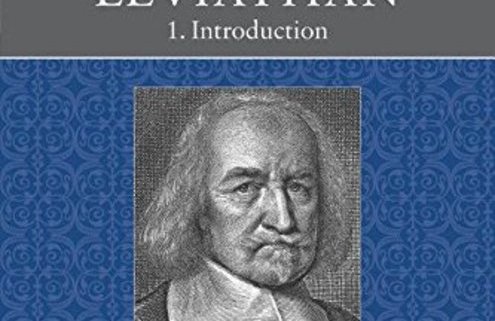 Patricia Springborg, British Journal for the History of Philosophy vol. 22 no. 2, 2014

with responses to some of the reviews by Noel Malcolm, Journal of the History of Ideas, vol. 76 no. 2, 2015

Noel Malcolm’s magnificent edition of Leviathan features a one-volume introduction and two volumes of Leviathan, with the 1651 English and 1668 Latin versions printed side-by-side. All reviewers agree that this edition is a superb achievement. David Runciman praises ‘Malcolm’s extraordinary scholarly range and precision’ – scholarship ‘of the highest level’, writes Rachel Foxley, leading Deborah Baumgold to coin a new adjective: ‘Malcolmian’.  This edition is an ‘immense improvement on the nineteenth-century Molesworth collections’, she adds. Blair Worden describes Malcolm’s edition as ‘a glory … that sets quite new standards of editorial scholarship’. John Gray calls it ‘an astonishing achievement of the highest scholarship’. Patricia Springborg ‘cannot imagine that this edition will ever be technically surpassed’, although she does suggest that the 2003 Schuhmann and Rogers edition of Leviathan has more merits than Malcolm implies.

What sets Malcolm’s edition apart is the ‘meticulous detective work’ described by Jeffrey Collins. Malcolm is doing intellectual history in the style of Peter Laslett’s work on Filmer and Locke, Collins writes, ‘based not on linguistic contextualization, but on skilled book history.’ This shows ‘what can be achieved by an editor in possession of great patience’, notes William Poole, who praises the ‘rare detail’ with which Malcolm draws inferences about the printing of Leviathan from prices and types of paper.

Malcolm’s 200-page general introduction makes valuable comparisons between De Cive (1642) and Leviathan (1651). For Kinch Hoekstra, though, comparisons with The Elements of Law suggest that Malcolm overstates Leviathan’s new emphasis on essential sovereign powers: Malcolm ‘has pushed too far the idea that Leviathan aims to counsel the sovereign.’ (Malcolm rejects some of Hoekstra’s criticisms in his own article in the Journal of the History of Ideas.)

Malcolm’s general introduction also contains an important new thesis about the origins and motivation for Leviathan: it may initially have been written as an ‘advice for princes’ text for Prince Charles (the future King Charles II), with Hobbes only aiming for a public audience later in the process. Springborg finds this unlikely, and adds that Malcolm has fallen prey to the tendency to treat Hobbes as ‘some kind of free-floating intellectual pursuing his own agenda …. More attention could be given to how closely Hobbes was governed by the agendas of his patrons’.

The contexts which Malcolm emphasises are, unsurprisingly, challenged by some reviewers. Sarah Mortimer and David Scott place more weight on ‘the Stuart multiple monarchy’ and the context of the wars of the three kingdoms (England, Ireland, Scotland). Patricia Springborg, meanwhile, thinks that a more continental focus is needed. ‘Over-emphasis on the British political context for Leviathan is at the expense of the rich European continental tradition of Hobbes scholarship’, she writes, and challenges Malcolm’s focus on Anglo-American scholarship. She also suggests that Malcolm underplays Hobbes’s debt to Grotius, Gentili and others, while Hoekstra thinks that lawyers like Selden and Coke are another context needing more emphasis. Malcolm responds that he was not presenting his coverage as exhaustive.

Collins and Hoekstra both think that Malcolm’s overstates Hobbes’s support for monarchy in Leviathan, while Hoekstra avers that the final chapter is not as congenial to the Parliamentary regime as Malcolm implies. Collins also questions Malcolm’s marginalisation of Hobbes’s religious arguments, while Hoekstra thinks that Hobbes is less supportive of Independency than Malcolm suggests.

By its very nature, the general introduction is very advanced, aimed at Hobbes experts. As Baumgold notes, it does not cover basic features of Hobbes’s argument such as the state of nature or the social contract. Blau thus suggests that the publishers should produce a one-volume ‘critical student edition’, using Malcolm’s version of the English Leviathan (without the Latin) but adding a new introduction ‘aimed at beginners’.

Blau finds the English/Latin side-by-side treatment rather unwieldy. Foxley disagrees: ‘these materials make the edition very usable, but are presented economically enough for the text itself not to feel too cluttered.’ But she notes that ‘the Latin text of this edition is not entirely free from similar typographical slips, such as “humama” for “humana” (II.17) or “acccidentis” for “accidentis” (II.23).’

Several commentators (Blau, Gray, Runciman) bemoan the high cost of the hardback edition, at £195. Fortunately, the paperback edition is now out and costs only £75.

Welcome to the European Hobbes Society!

Thomas Hobbes and the Politics of Religion
Scroll to top